Wish I Had Learned Dutch

I have lived in the Netherlands for two years now. I am ashamed to admit that I still don't know how to say anything more than my name. I even probably pronounce it wrong. On an another thought, I am the bird-brain, like the one in the picture. 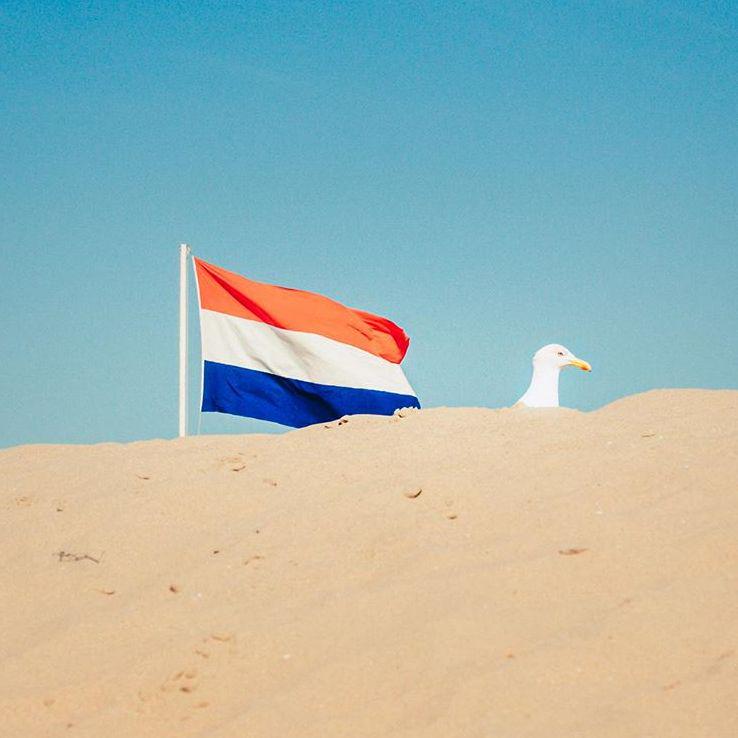 to learn or not to learn?

There have been moments where I have thought about learning Dutch, but I never got around with it. Those friends who learned Dutch did, because they work part-time jobs in cafes and restaurants. I have also friends who want to live in the Netherlands, so it is natural to understand Dutch. I am doing neither.

Well, have you ever had one those rare moments where you wish you had known the language but you did not?

I have had these moments. Let me tell you how me and my friend got into trouble when we gatecrashed a feast in University Sports Center.

I sense an angry gaze though our eyes never meet. I carry on putting salad and some fleshy steak on my plate. After an intensive leg day, a fine steak really makes my mouth drool.

I hear words. The guy said something to me and he walks closer. I pretend not to hear him. My inner ape is humming as it is too shy to hum vocally. Soon two meters suddenly turn into a half meter and he is breathing down on my neck. I had to face him.

He says something in Dutch. I think it is a question? My face turns red and I look at my friend. We were the only ones in the line. We wanted to let the others take the food before we we picked up the plates. That turned out to be a bad idea.

My friend had a huge grin and he waited to see what I will say. I was a cornered rat: I had no way to talk my way out without coming off as impostor. The guy asks me again but now in English and in a more stern tone: “What team are you part of?” (Gulp.)

I am sure that somewhere in the multiverse, there is a different version of me handling the situation perfectly.

There I would slowly chew the food and move my jaws like a sheep while stare at the guy with an extremely bland face. Every time the guy would say something, I would interrupt him mid-sentence and ask him if he could get me some more food, and say “bring the coffee and dessert as well, will ya?”

When I finally trigger him, me and my friend would make run to the exit with plates full of food while mumble “nom nom nom”, and burp somewhere in the distance but not too far for I would not want people to miss the crescendo of my satisfaction.

But in this universe? I froze.

I just froze. I did not know what to say to the guy. The words did not come out. In the end I said something and I do not remember what but it was not helping the situation. My friend was unable to fix the situation either. We put the plates full of food on the table and left the building. We laughed it all off afterwards.

In the Orientation Week Leiden, a week before the beginning of the first semester, my tutor mentioned he regretted not learning Dutch. I did not take his advice then and now I am in the same position.

I recommend learning at least the conversational level of Dutch even if you are not going to live and work in the Netherlands. Not because it would be beneficial during gatecrashing, obviously it is, but because it decreases the friction between you and the Dutch person you talk to.

For example, during grocery shopping, when ordering coffee, when going to the barber to get that rad bowl haircut, when greeting a local granny and infecting her with coronavirus and then she dies but you will never know, and when buying cheese and cabbage off the marketplace.

The Leidener blog published a post (How) Should You Learn Dutch? which explores whether one should learn Dutch. They emphasize the point that while many Dutch people do speak English fluently, having conversational skills in Dutch language will eventually help you in unforeseeable ways where English ever could. I agree: A lot of things can happen during your university years abroad and beyond!