My Studies Have Ended in the Netherlands

My three-year bachelor psychology studies are nearing an end. I feel that I have learned so much about psychology and science, friendship and love, cultures and countries, myself and others. Then again, I sense that I understand nothing and how much there is still to discover. I would say that the three years have taught me what life can be—that of what you want and make of it.

friends in the netherlands

I do not want to talk about coronavirus. There has been enough talk already. I just want to say that it blows. As usual, I flew to Finland to spend my Christmas “vacation” with my family (and it is “vacation” because it has traditionally been a pile of deadlines just waiting in a different place). After Christmas I would have gone back to the Netherlands, but the costs have risen sky high after the new travel restrictions by the Netherlands.

So, I am properly disappointed. I wanted to see my friends, but now, I left without proper goodbyes. This is not how I imagined it to come to. (Of course, this disappointment is nothing in comparison to the losses of friends and family members from COVID-19.)

I wanted to smoke some weed and jam together; to taste that highly-advertised home-brewed beer and play guitar; to hear stupid stories, watch pictures and laugh until the stomach hurts gasping for air; to paint at the botanical garden; to eat lunch and do long walks late in the evening talking about life; to enjoy one more cappuccino and tell the owner that I would one day create a book-cafe just like his; to run on the beach as fast as I could until sand would fill my shoes; to hug my friends knowing we would meet again—And we shall meet again.

back to square one

So here I am, back to where I started. I am in Finland living in my old home with my parents. I feel as if nothing has changed and that I am stuck. I asked some other fellow students if they felt the same and the answer was a yes. My routine has changed: in Holland, I used to lift dumbbells every day and meditate in the evening. The old environmental cues have partially regressed me back into a version that I was five years ago. Of course, all of this is temporary, and all things considered I am doing fine. What am I complaining about?

I am not depressed, lonely, bored, unmotivated, or tired. Some people living in these hard times are actually stuck physically and mentally. So, living with parents is just fine. I have lived with my parents during every summer and winter break, so I have had time to fight and make peace with them a dozen times. (Especially with my mother—Jeez!)

I also appreciate the fact that I get to know my parents, not from the eyes of a child anymore, but from the eyes of an adult. While I do not understand parenthood any better, I am beginning to understand their human flaws, and in the same vein, my very own. Nature and nurture—Yeah, science bitch!

A fascinating similarity I noticed in me and my mom is the fact that we both tend to be rather hasty in decision-making, and hence we are allergic to passivity and that makes us somewhat impatient.

We decide ex tempore in the moment and not mull over things. This has good and bad effects on people. For example, impatience can mean that I unintentionally forget other people's feelings or ideas. And when doing decisions as a group, others might not like my quick, lone-wolf-ish decisions. Though, the positive thing is that we get the job efficiently done.

One cannot change genes (nature), but one can shape and affect one's life experience (nurture) and learn to become a better self.

Anyhow, I appreciate living alone. Having independence, like I had in Holland, motivates me to go out there and experience life. Right now, I am way too comfortable, which is why I am keen on moving back to my own place again. For example, I cannot wait to have plants again because my current childhood room does not get sunlight that much—wrong angle and small 70s windows equals little sunlight.

I am currently doing my bachelor project (broject) and it is extremely fascinating. Not only am I super lucky to be part of the research project, but my colleagues are amazing and enthusiastic too, and professor Eiko Fried is knowledgeable, chill and professional. By the way, 'Fried' is not pronounced like “fried potatoes” but like “who freed the dogs out!?”—or was it “who let the dogs out”?

So my topic is called 'the network theory of mental disorders'. Through network analysis, I am researching how 'mindfulness', a psychological variable that I chose to study, is associated with psychological well-being, namely sub-clinical anxiety and depression symptoms and perceived stress.

As such, the network theory of mental disorders makes a one-eighty to how the medical field has traditionally viewed diseases. A disease such as cancer causes a wide variety of symptoms and these symptoms may interact, but they do not cause cancer. That is to say that the mental disorder does not exist as a latent entity, like cancer, somewhere hidden in the brain behind the scenes causing all of the symptoms to appear.

However, this is not to say that the word 'major depressive disorder', for example, is not useful. It is useful in communication between and among scientists and clinicians.

So, I chose 'mindfulness' as my psychological construct because it is honestly one of the most interesting concepts of our time. Not only does it have an epic 2500-year-old Buddhist history behind it, but it also has a very notable effect on living life: much better well-being. I personally experienced this when I meditated for six months, in the morning and in the evening, often totaling two hours per day. This was back in 2017. You would not believe how my attention to and awareness of things changed!

Indeed, the definition of mindfulness goes as follows: it is the state of being aware of and attentive to the present experience in a curious, accepting and compassionate manner.

The opposite of mindfulness is being in this robotic and automatic state where you do not pay attention to the present moment and you wander from thought to thought and grab into a feeling and not let it go. It is a state where you escape the present moment by judging the feelings and thoughts that arise in you. It is when you passively browse Instagram or when you give an automatic response without really attending to what the other person is saying.

Thus, my research question is: What is the relationship between mindfulness and well-being (i.e. anxiety, depression, stress)? Since this study did not have an intervention (i.e. ask people to meditate), I cannot make causal conclusions (i.e. mindfulness causes less stress). But if I have properly reasoned hypotheses, I could ask whether more mindfulness predicts more well-being. And when I say 'predict', then I mean we have temporal and correlational evidence, but not exactly causal because there could still be a third variable, like a puppet master that organizes all the movements.

To sum up, the broject has drawn my attention to and awareness of clinical psychology research, notably network theory and mindfulness. See what I did?

After completing my bachelor studies, I must find an applicable master's degree. In itself, the bachelor in psychology is useless and it has little leverage in the job market. Well, maybe there are things that I do not know and I am unaware of, but in Finland especially, it has little market value sadly. (And I wholeheartedly disagree, but this is the reality.)

And this is where it gets interesting. I do not yet know which master's study I want to choose. There are several options that I have applied for, but choosing one of them is tough. However, I have noticed that in life, nothing goes as you plan: things tend to fall in place on their own weight. (Though, one has to actively work towards one's goals!)

Case in point: A relative and good friend of mine studied law for five years after which she realized it was not her thing. Then she bravely applied for psychology. Twice! First time she passed the entrance exam but failed the subsequent interview. The second time she passed both. She has now worked as a psychologist for two years. She is 34-years-old. I believe sometimes we have to take the long route to find what we love.

So, I think I will remain open to where life takes me.

thinking of a career

I have pondered my future career for a long time. Haven't we all? However, the more I think about it, the more career-oriented person I become. Because, oftentimes thoughts translate into actions and actions into attitudes, and if the only thing I think about is career—well, then career and work will absorb me. The question then is: do I want to marry a job? I don't think so.

When I worked at Turku Shipyard, and I asked some people “If they had a million euros, would they still work here?” The answer was a quick, no-brainer “Hell no!” Indeed, many people only work to pay the bills and to support their families. Their job was not meaningful in itself, but the act of supporting their families overseas was. However, in the present moment it is hard to remember and remind oneself why one works ten months a year, after which two months are abroad with family. That is why I think coworkers are what makes waking up and work worth doing when all other aspects of work are not optimal. 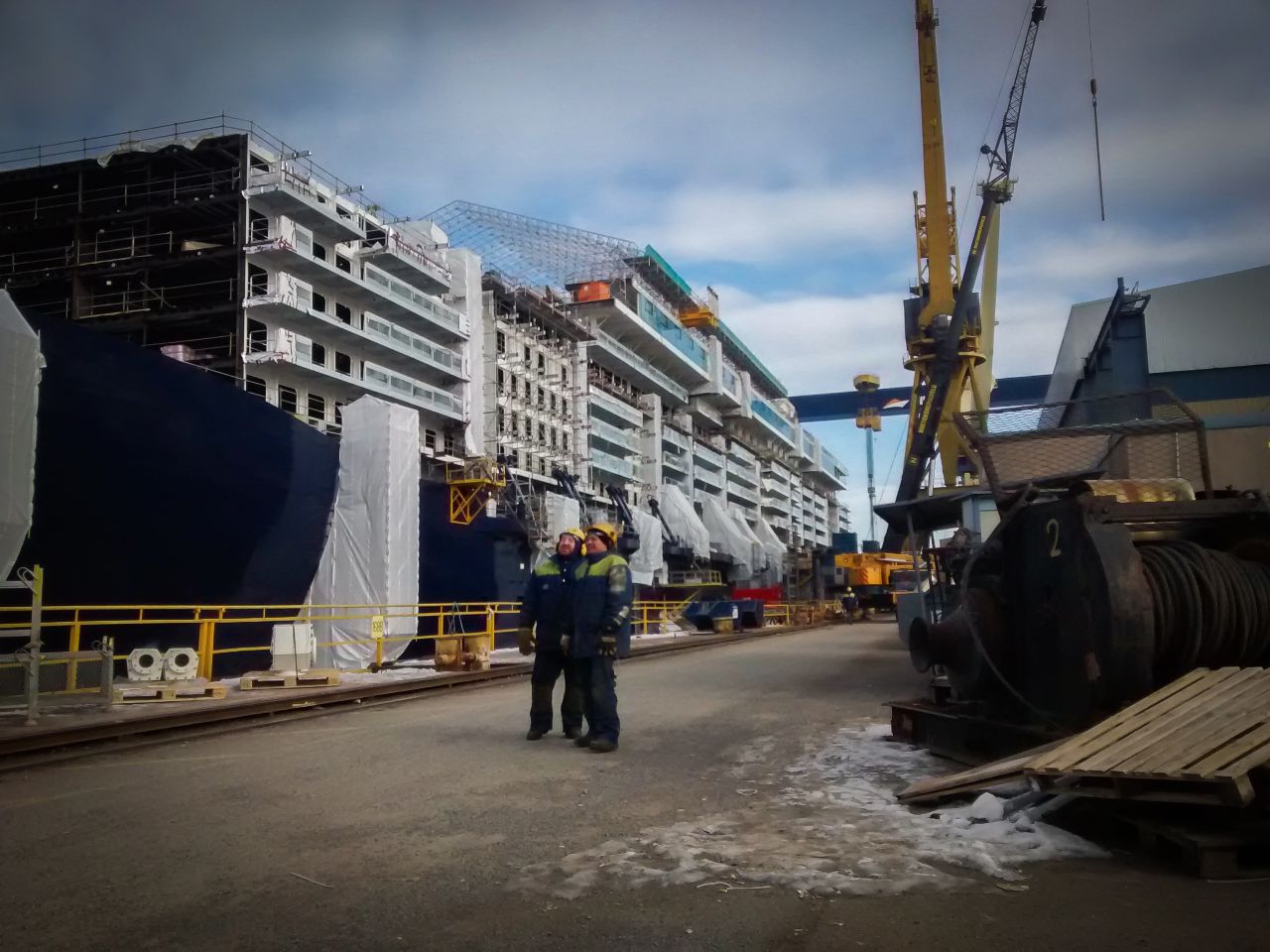 two russian comrades in awe of the nearby, finished ship

I realized this when I worked at the dump as a night-watch last summer. The work was so much more enjoyable when I had coworkers with whom I could talk bullshit, listen to Ensiferum and eat potato-sausage fast-food in the truck in the middle of the night. All we had to do was watch the mountains of dump piles and do regular temperature checkups, which was boring as hell and not really that meaningful, but coworkers made the work more enjoyable and the nights interesting. 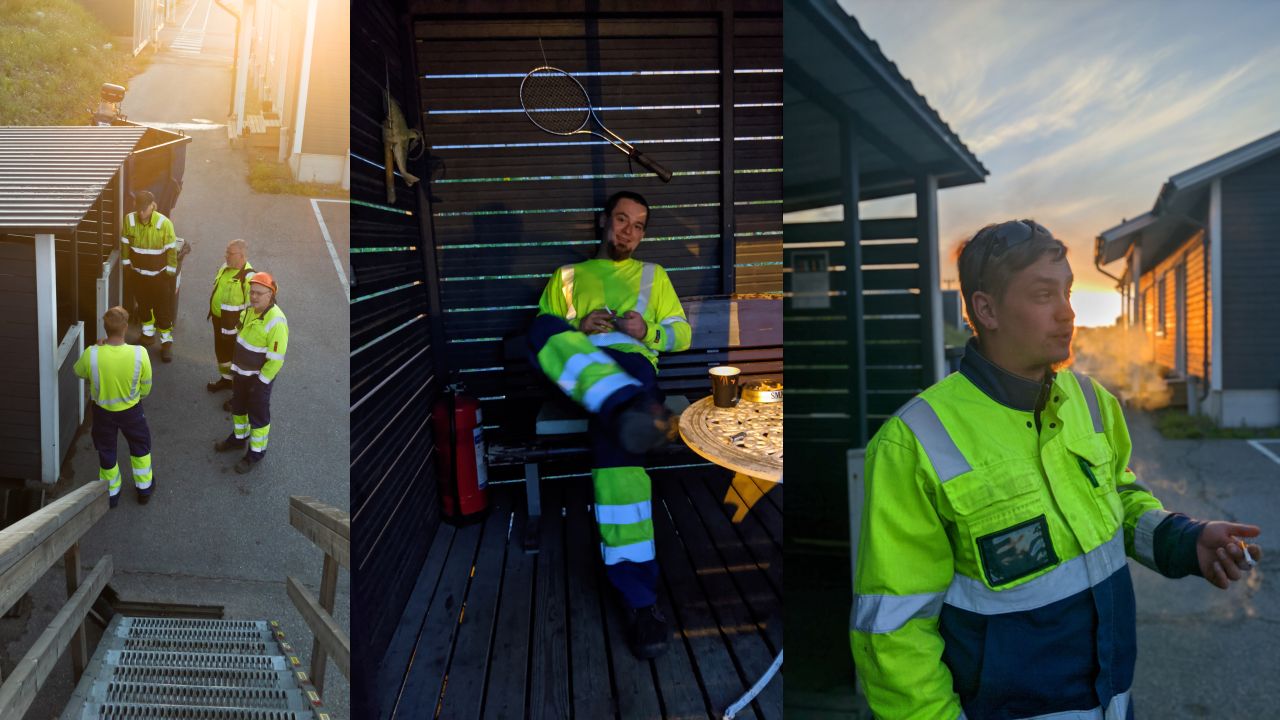 Like my work experiences and like this meta-analysis, the work I would do in the future should then have a good boss, personal growth opportunities, and good coworkers.

“No niin” as Finns say, which roughly translates to “Alrighty”. It signals the end of one's speech and depending on intonation it can express many things, which in my case you cannot hear, but it has a subtle fascination toward the future.